Arlington / VA. (cap) As labor shortages and rising costs continue to cut into profit margins, restaurants are looking for ways to improve their business model – and automation is increasingly looking like a viable solution. From conversational AI drive-thrus to full-service fry cook robots, the possibilities are endless, but not all roles can be replaced. «Capterra’s 2022 Restaurant Automation Survey» found that more than half of restaurant leaders say front-of-house restaurant workers can easily be automated with today’s technology, but some disciplines remain currently irreplaceable. 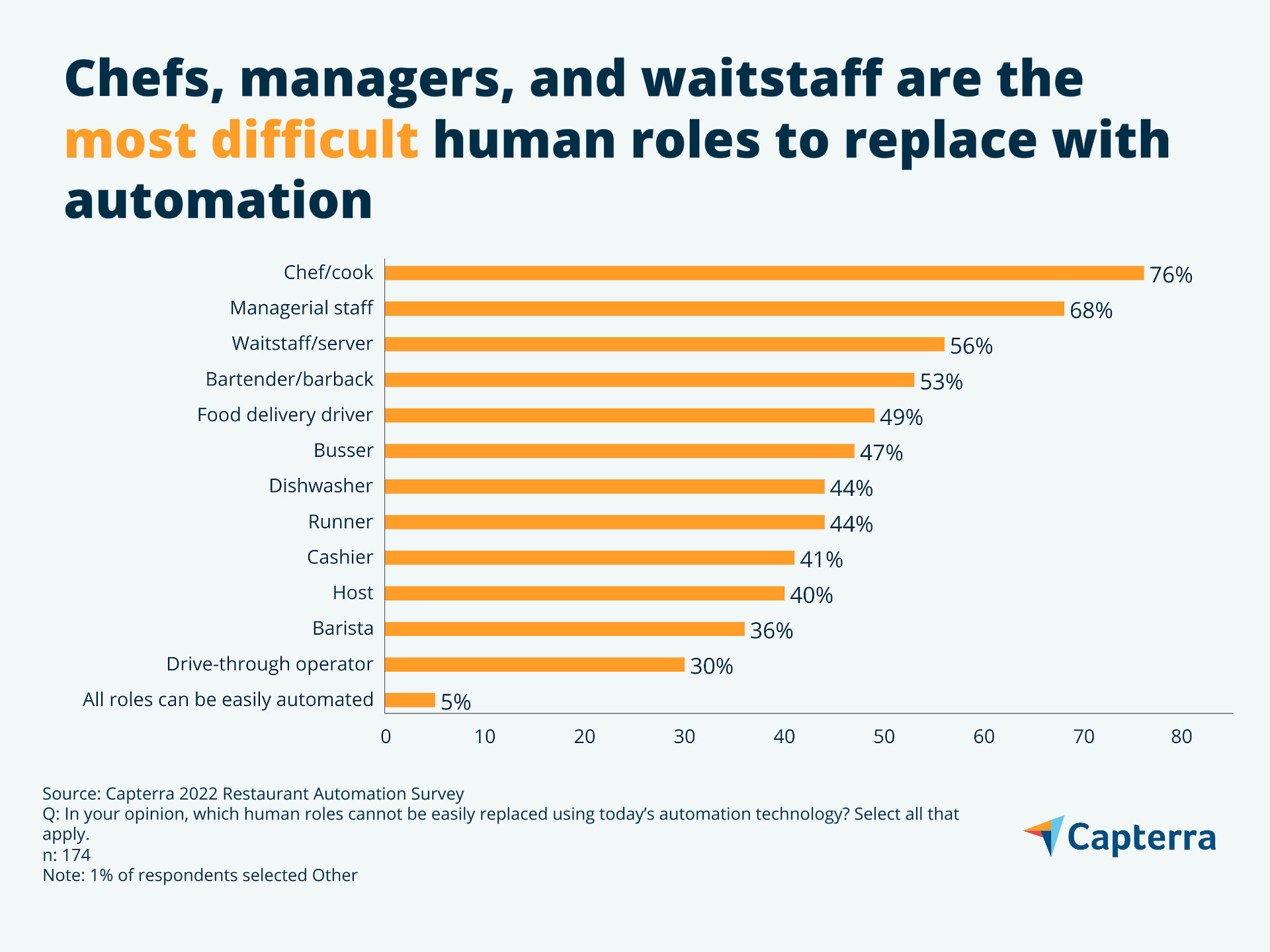 According to the leading software reviews and selection platform Capterra most restaurants (76 percent) are currently using automation in three or more areas of operation and agree that certain roles are more automatable than others. Front-of-house (FOH) restaurant roles may be on the chopping block in the future, as most leaders believe that hosts, baristas, and drive-through operators can easily be replaced, and in some cases improved, by automation technology.

Leaders also agree on which roles are irreplaceable-most say chefs and cooks are the least-automatable jobs, followed by managers, waitstaff, and bartenders. Chef robots are currently very limited in their capabilities (e.g., mixing beverages or operating deep fryers). Managers, waitstaff, and bartenders add a personal touch to diners’ experiences and take a unique skill set not offered by current robotic solutions.

Automation is leading to increased revenue at restaurants