Solna / SE. (coop) Coop Sweden continues its commitment to sustainable logistics. A 6.1 MW solar plant will be installed on the roof of Coop’s new goods terminal in Eskilstuna. It will be Sweden’s second largest rooftop solar plant. 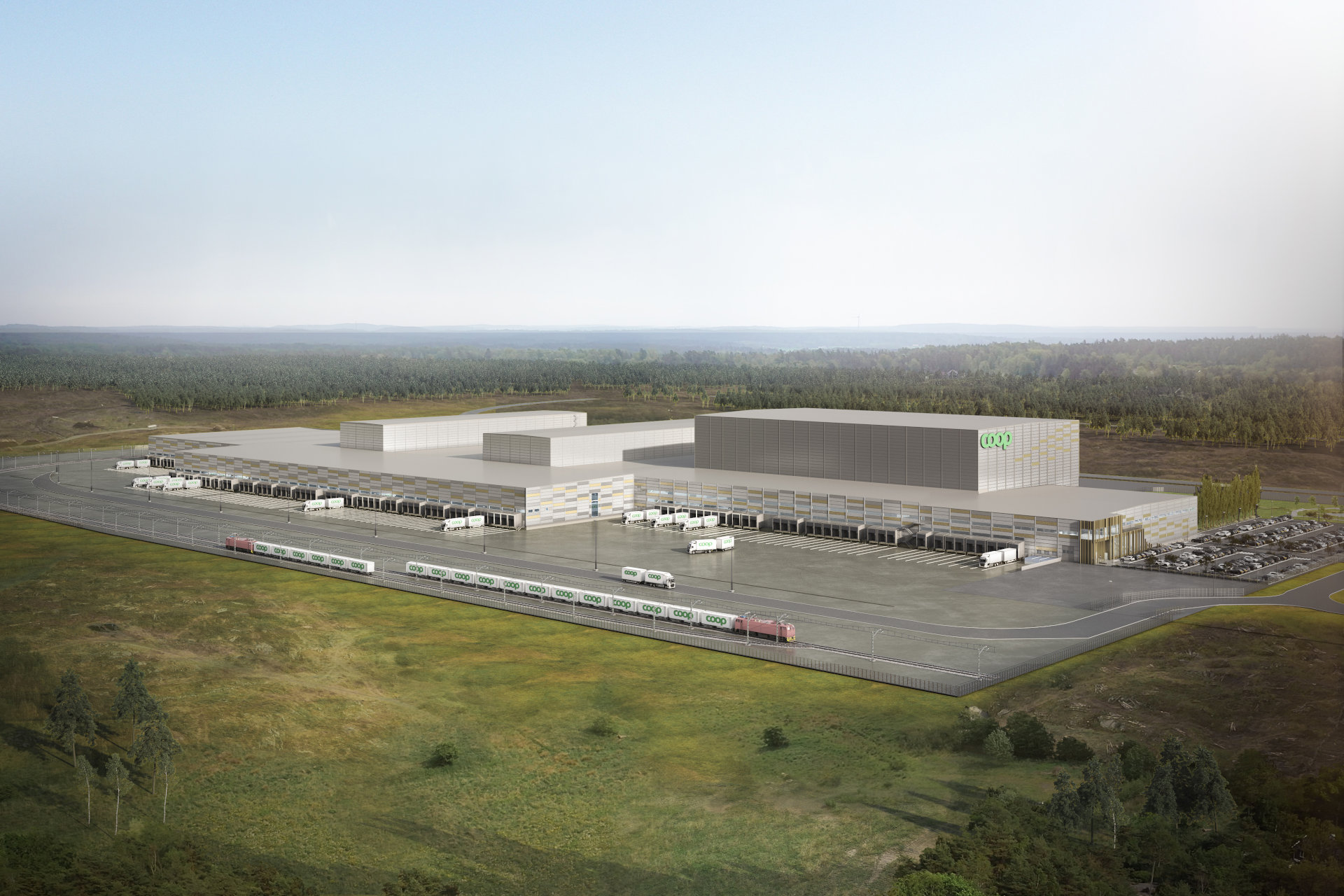 «We are making a historically large investment when we build Coop’s new fully automated goods terminal in Eskilstuna. It is an investment in the future for Coop and we want to act as sustainably as possible. Our electrically powered Coop train will arrive at the terminal with goods several times a day and with our own solar plant we will be able to power the terminal largely with electricity from the sun,» says Örjan Grandin, CEO Coop Logistik.

The solar plant will comprise around 14,400 solar panels on an area equivalent to 38,000 square metres. The total installed capacity corresponds to 6.1 MW, making it Sweden’s second largest rooftop solar plant.

«It will be a state-of-the-art goods terminal in Eskilstuna with a high degree of automation where technology and people will interact. A goods terminal like this consumes a lot of electricity, not least to keep the cooling system running, but also for control and robotics. We are investing in the solar plant because it is economically and environmentally sustainable, because it increases our self-sufficiency and to secure access to renewable electricity,» says Mats Tornard, project manager for Coop’s new goods terminal.

Coop started the construction of its new goods terminal in 2020 and it is expected to be fully operational by summer 2024. The solar PV plant is expected to be completed in early 2023. Half of the facility’s electricity needs will be covered by the solar plant, with the remaining electricity purchased from renewable energy sources.