Solna / SE. (coop) Coop Sweden opens its second fully unmanned mini-branch in early December. Coop Butiker + Stormarknader opened the mini branch in Tystberga near Nyköping. The mini shop is used temporarily to support the renovation of the existing Coop shop in Tystberga and will also complement online shopping in the town for more convenience around the clock, seven days a week. 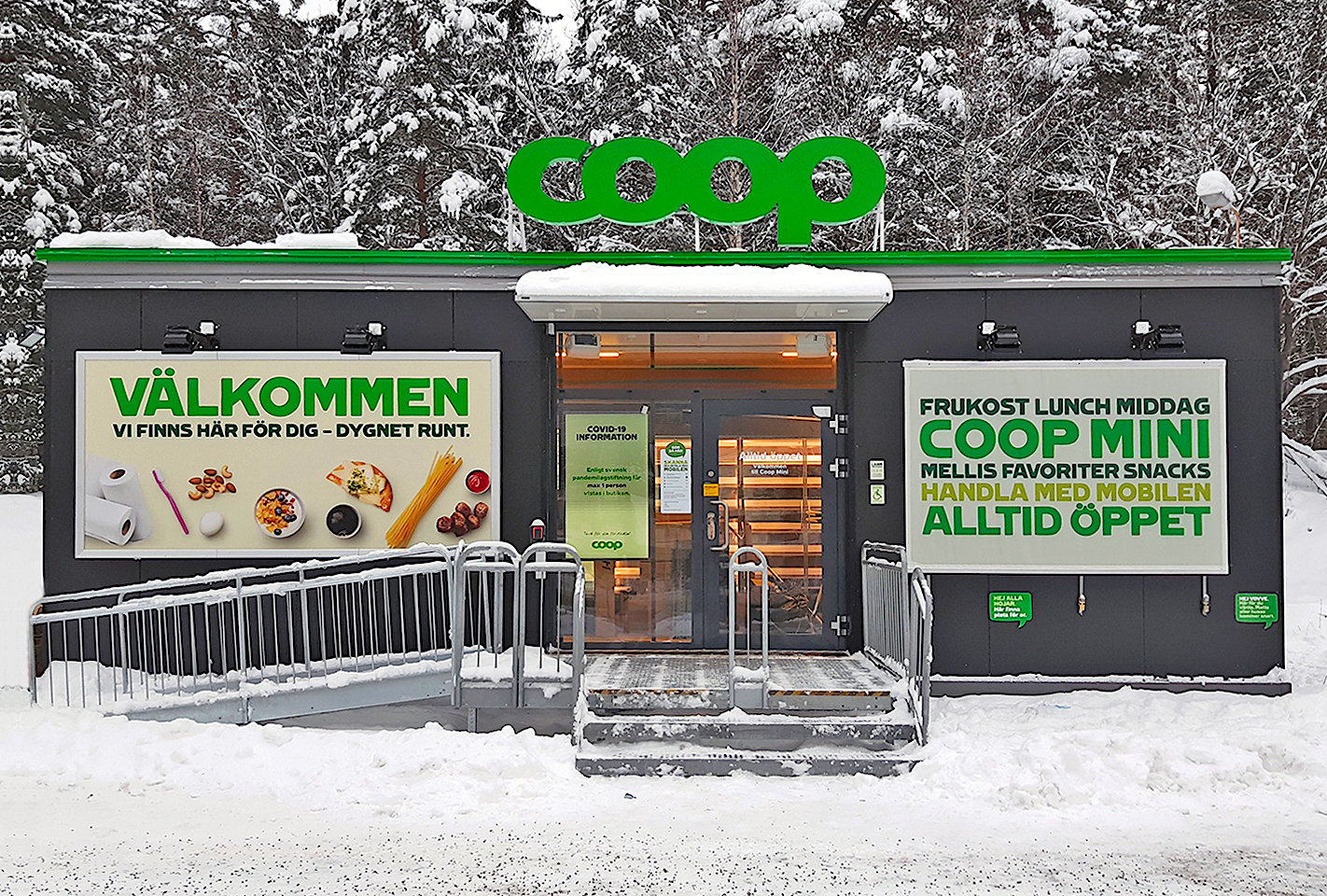 The existing, stationary Coop shop in Tystberga has been closed since the end of August due to water damage. During the time the shop has been closed, Coop has offered a solution where customers can shop online and pick up the grocery bags they ordered from a refrigerated truck in the shop’s car park. The grocery boxes ordered online are both collected and delivered from Coop Stenbärsvägen in Nyköping.

Now Coop Butiker + Stormarknader is complementing the online shop offer with a Coop Mini, where customers can shop around the clock from a basic assortment of the local shop.

«I am very pleased that we now have a Coop Mini to complement the online solution we have developed in a short time for our customers and members in Tystberga. This means that they can shop online, with delivery five days a week, as well as complementary shopping around the clock, seven days a week,» says Meta Persdotter, CEO of Coop Stores and Supermarkets.

Coop Mini in Tystberga offers around 400 different dry, frozen and refrigerated goods. The unmanned shop does not have traditional cash registers, but customers pay with Coop’s mobile payment solution Scan + Pay. With the payment solution and mobile BankID, customers can scan their goods, pay and likewise unlock and enter the shop.

«We see unmanned shops as a complement to traditional shops and offer new opportunities for locations. The shop modules can be easily placed in different locations and can be used in urban areas where there is currently no Coop shop, in rural areas and in tourist areas during the season, where unmanned shop modules can offer food around the clock. Or, as in this case, as a solution for longer closures due to renovation work,» says Stina Thorgerzon, Head of Offer and Format at Coop Sweden.

Coop is one of Sweden’s largest grocery chains, offering affordable and sustainable food and operating over 800 shops from Katterjokk in the north to Smygehamn in the south. Coop has offered online grocery shopping since 2008, and the shop on coop.se reaches more than 60 per cent of Swedish households with home deliveries. Grocery bags can be picked up at all Coop shops. Coop is considered one of Sweden’s most sustainable brands and has the highest share of organic sales in the industry. In total, Coop has a turnover of SEK 43 billion (EUR 4.18 billion) in Sweden and employs over 22,000 people (Photo: Coop Sweden).