Helsinki / FI. (fg) Fazer’s xylitol factory, producing xylitol from oat hulls, has started its commercial operations in Lahti, Finland. The Fazer Xylitol factory is an excellent example of a modern circular economy innovation, utilising a unique, patented technology. The international demand for Finnish xylitol is anticipated to increase in the future due to its many application opportunities in the food, cosmetics, and pharmaceutical industries. 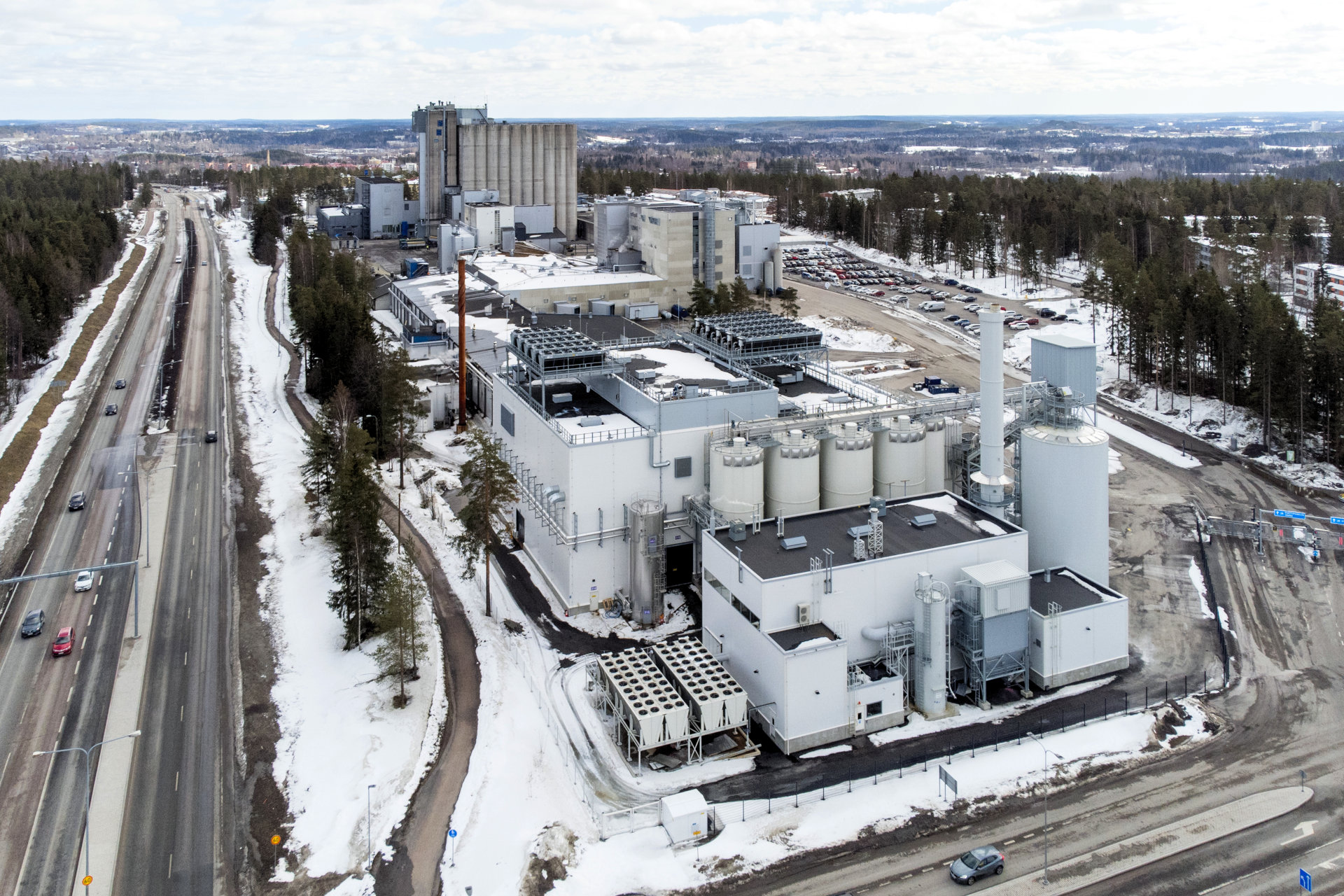 Fazer is a leading manufacturer of oat products in the Nordics. World-class know-how and modern factories enable the company to produce versatile oat products from locally produced raw materials. The significant investments made into the xylitol factory in Lahti reinforce Fazer’s position as a forerunner in oat products.

The sustainable production method of Fazer Xylitol is what sets it apart from other xylitol producers. Fazer’s xylitol factory is the first production facility in the world to produce xylitol from oat hulls, a side stream of Fazer’s own oat mill. Side streams refer to waste or surplus that have previously been discarded but can now be upcycled or reused to create a new raw material or product.

«Our xylitol is an excellent example of circular economy, in which production side streams are used smartly. The oat hull mass that remains after the xylitol has been produced is used in the production of bioenergy, which means that we create zero waste. We use every part of the oat hull. The factory’s environmental footprint is very small, I believe that we could talk about the world’s most sustainable xylitol,» says Christoph Vitzthum, President and CEO of Finland’s Fazer Group.

90 percent of Fazer Xylitol is earmarked for export

Fazer has invested heavily in sustainable food solutions, developing plant-based products, and pioneering various solutions based on Nordic oats. In the last three years, Fazer has invested EUR 300 million in oats derivatives, and the Fazer Xylitol factory is the most significant of these investments. In addition to the Fazer Xylitol factory’s raw material production, the factory’s patented manufacturing technology can be licensed to other companies.

«Nordic oats have an unparalleled reputation internationally and it is known to be pure and of very high quality. Also, Finnish food and technology expertise is at a very high level. Approximately 90 percent of our xylitol innovation is directed at exports. The next generation’s xylitol is of special interest in Europe, the United States, and Asia,» says Vitzthum.

Both the food industry and consumers are looking for healthier alternatives to sugar, which enables an increasing global demand for xylitol.

«Xylitol is an excellent sweetener and replacement for sugar, but it’s also so much more than chewing gum and pastilles. For example, xylitol has cooling and moisturising properties that open for interesting and new product development opportunities in the cosmetics and pharmaceuticals industries,» says James Dedman, Vice President at Fazer Foodtech.

Fazer is cooperating with companies within many different industries. «Fazer Xylitol presents almost endless opportunities. For example, xylitol has been proven to have antibacterial properties, and we’re currently looking into utilising them,» Dedman continues.