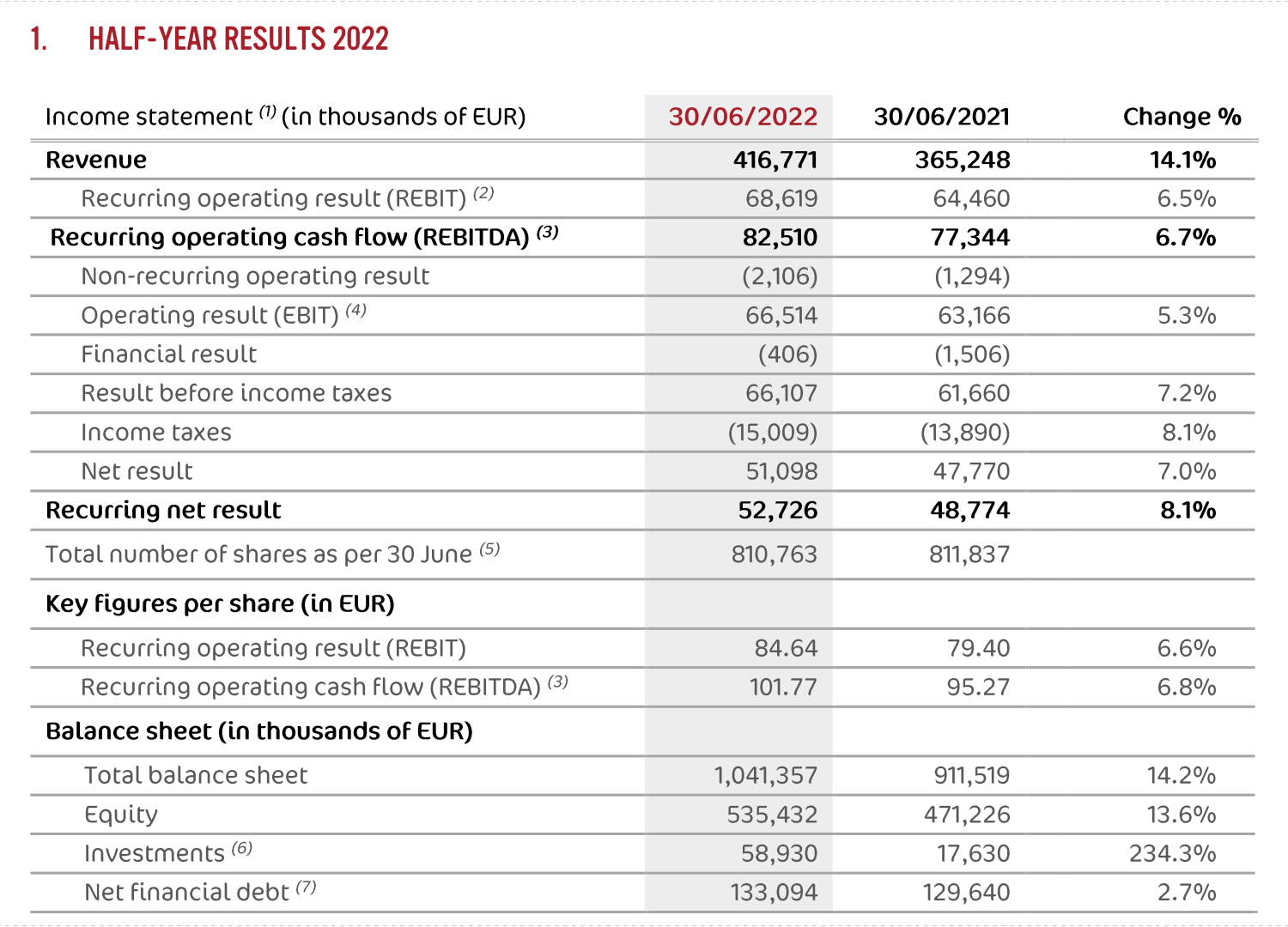 »LB«, the Group’s first and largest strategic pillar, grew by 17 percent in H1-2022. The planned price increases have been implemented globally and the international growth of »LB« continues unabated. Consumers remain loyal to »Biscoff« taste. Double-digit growth has been achieved in many countries. This is the case in North America, both in the United States and Canada. In Europe, there is double-digit growth in Germany, Spain, Italy, the Czech Republic and Switzerland. And also in several countries in the Middle East and Asia-Pacific including the Emirates, Saudi Arabia, South Korea, Malaysia, Singapore, Australia and New Zealand. Good productivity and availability of personnel in the Factories on the one hand, and a reliable and solid supply chain of raw materials on the other, have been crucial to realise this growth.

In 2021, »LNF«, the second strategic pillar, made a strong recovery from the Covid-19 pandemic with 25 percent growth in the second half of the year. In 2022 as well, the »LNF« brands all continue to grow strongly, resulting in a 30 percent increase in revenue for the pillar. Showing resilience against the necessary price increases, the Natural Foods brands each demonstrate strong double-digit volume growth. »LNF« builds further on its strategic growth poles with a focus on accelerated international growth on one hand and maintaining market leadership combined with strong innovation in the UK on the other.

International »LNF« activities outside the UK grew by more than 50 percent in the first six months of this year and already represent almost 30 percent of total »LNF« sales. The strong growth of BEAR in the United States continues. In the UK there has also been double-digit growth For »LNF« in the first six months. Kiddylicious, For instance, has now become the clear market Leader in the baby snacking category.

The third pillar of the Lotus Bakeries strategy is to Focus on the «local heroes» in the home markets: Belgium, the Netherlands, France and Sweden. The necessary price increases were also implemented for all «local heroes». Sales in Belgium, France and Sweden continued to evolve positively. In the Netherlands, revenue of the Peijnenburg and Snelle Jelle gingerbread brands developed less favourably. The implemented price increases prevented both brands From growing. Peijnenburg experienced a drop in sales whereas Snelle Jelle remained stable.

The rise of the recurring operating result REbit and recurring operating cash flow REbitda of 6.5 percent and 6.7 percent respectively, in the context of accelerated cost inflation in the First half of the year, confirms the resilience of the Group and robustness of the business. A 14.1 percent increase in revenue is the result of solid volume increases of more than 6 percent on the one hand and price increases, including positive currency effects, of 8 percent on the other. The level of media support continues to be maintained ina disciplined and selective manner and is in Line with the first half of 2021. The increase of REbit and REbitda is moreover achieved against a comparison of record profitability both in terms of percentage and in absolute value in the first half of 2021. REbit and REbitda margins OF 16.5 percent and 19.8 percent respectively are also above those of the second half of 2021 and are in line with profitability for FY-2021.

The non-recurring operating result of EUR -2.1 million relates mainly to organisational restructurings and costs to support capacity extensions for »LB«.

The Financial result of EUR -0.4 million consists mainly of interest expenses, which are significantly offset by positive realised and unrealised exchange rate results on balance sheet positions in foreign currencies. The tax expense amounts to EUR 15.0 million or 22.7 percent of the profit before tax. The tax charge is therefore in line with the Group’s provided effective tax rate.

The reported net financial debt of Lotus Bakeries amounts to EUR 150.4 million and includes EUR 17.3 million of debt to be expressed by applying IFRS 16 Leases. Over the past 12 months Lotus Bakeries has generated a new record operating cash flow (REbitda) of EUR 156.1 million. Net Financial debt at the end of June 2022 amounts to EUR 133.1 million. This is in Line with the debt position on 30 June 2021 despite a record investment amount in the past 12 months of more than EUR 100 million. The ratio of net Financial debt/REbitda is even slightly lower than a year ago, at less than 0.9.