Stockholm / SE. (eb) One of the best addresses in the Swedish capital is Kungsgatan – not far from Stadshus, Riksdagshuset and Kungliga Slottet. This is exactly where the cradle of McDonalds Sweden stands – or rather, stood. In view of the current rent level and the future potential (also the clientele to be expected in the future …), the Swedish system headquarters assumes that a comprehensive redevelopment in the area around Stureplan is not profitable. Consequently, the restaurant, opened on 27 October 1973, closed its doors on 22 August 2021. A bit of wistfulness resonates when the Swedish head office calculates that its franchisees have invested around SEK 1.5 billion (EUR 146 million) in existing restaurants over the past five years to offer guests a more modern «McDonald’s experience» – with hamburger patties prepared to order, the option of ordering from digital kiosks and table service. Further investments will be made in the coming years to offer a new and more contemporary «McDonald’s experience» in all Swedish restaurants. 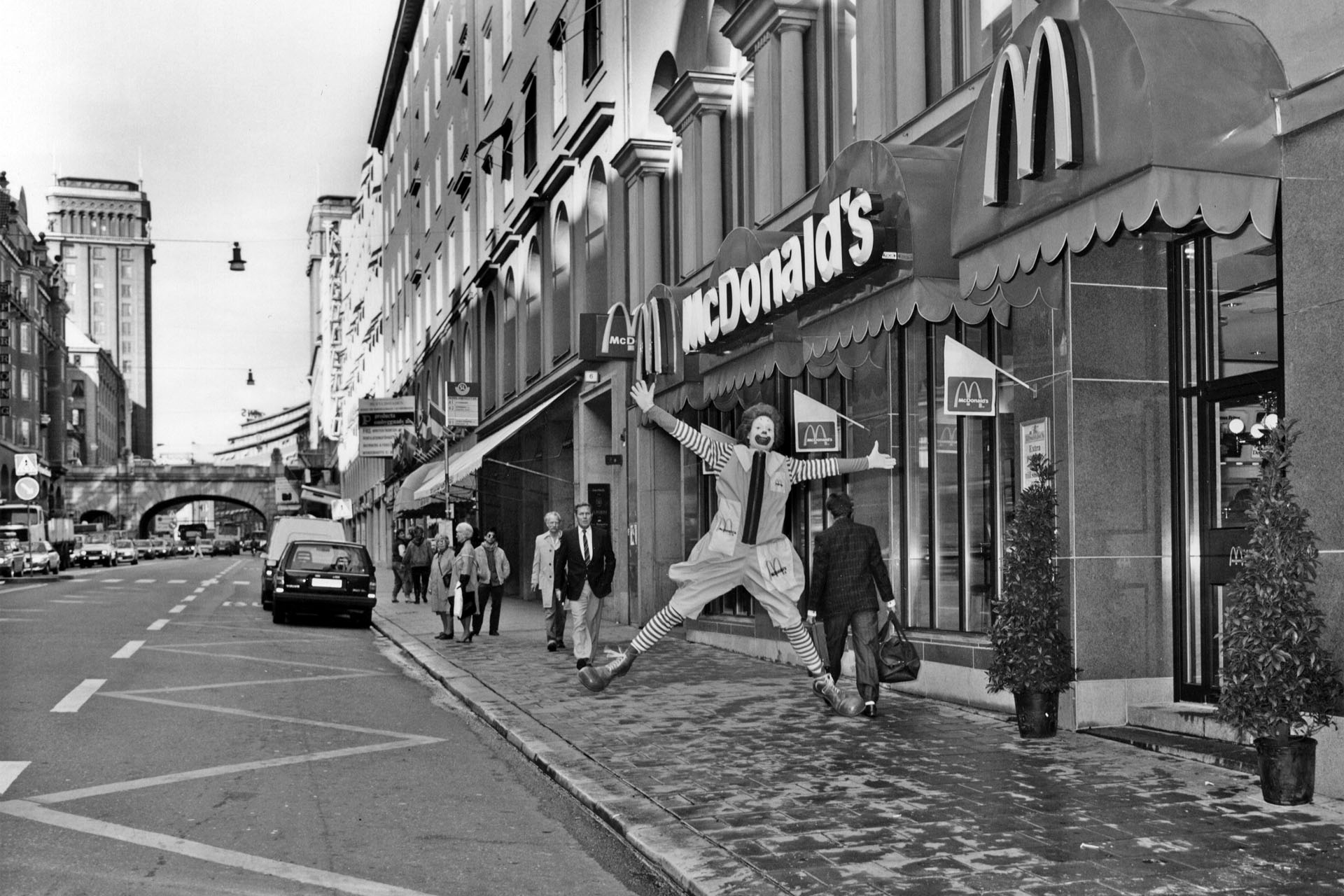 «We need to be sure that we are investing in the right restaurants, for example looking at rent levels and future potential. Of course it is sad that we are closing Sweden’s first McDonalds restaurant, but at the same time it is an important step to maintain good profitability and thus be able to realise our ambitious expansion plans. Despite the pandemic, we have already opened three restaurants this year and will open another 40 brand new restaurants and modernise the existing ones over the next five years,» says Joachim Knudsen, CEO of McDonald’s Sweden.

While the lights have gone out for good at Kungsgatan 4, the Swedish headquarters will invest all the more carefully in the branches at Kungsgatan 50 and Regeringsgatan. Both restaurants have been equipped with new ordering and preparation systems to help reduce food waste. The shops will also offer the possibility to order menus directly via the app. The development of digital services, such as home delivery via McDelivery or ordering via the McDonald’s app, has increased the availability of produce to diners. This August, also more cities will be added to the Swedish McDelivery map with Barkarby, Falkenberg, Partille, Tyresö, Upplands Väsby and Örnsköldsvik (Photo: McDonalds Sweden 1973).