Stockholm / SE. (pri) Pricer France has been awarded the «Prix d’Excellence 2021» from the Swedish Chamber of Commerce (CCSF) in France for its innovation of the digitalization of retail. The award was handed out by HRH Crown Princess Victoria of Sweden during the prestigious Soirée Franco-Suédoise on 6th of December at Pavillon Vendôme – the historic landmark of the Swedish bank palace in Paris, «Banque de Suède et de Paris». The event was organized by CCSF as part of the Team Sweden French-Swedish Business Day in collaboration with the Embassy of Sweden and Business Sweden. 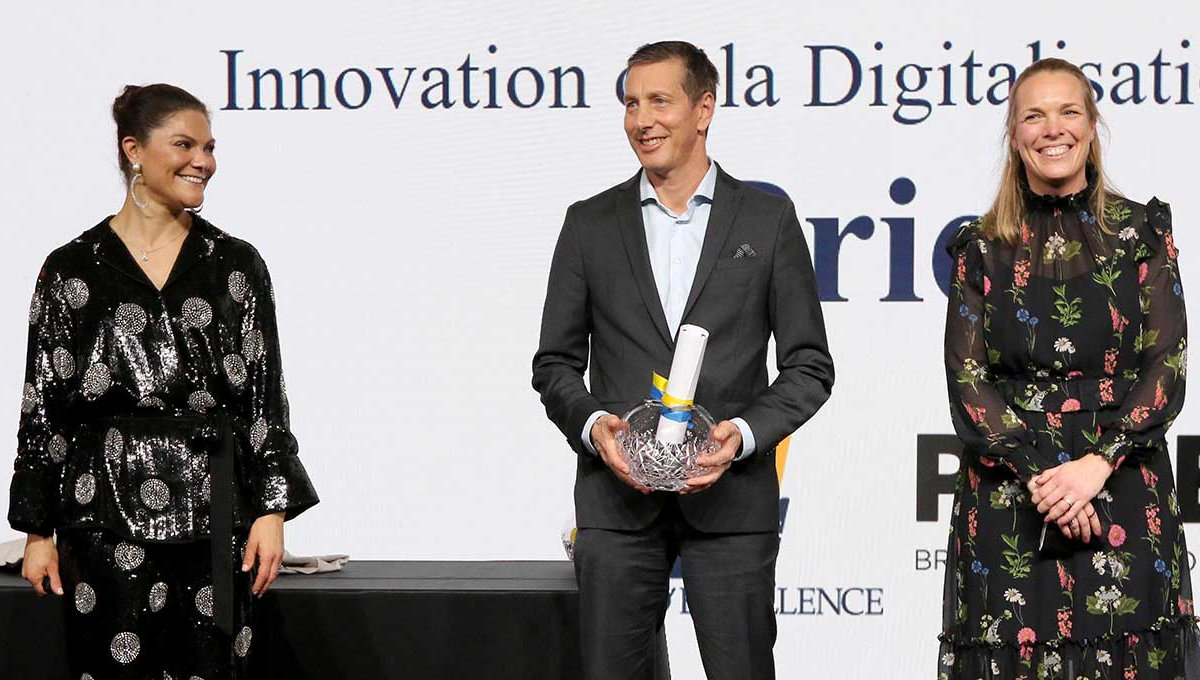 The jury’s motivation for awarding the prize to Pricer France

Pricer France wins the Prix d’Excellence for its strong persistent engagement and investments in the French market for many years, an exceptional logistics technology offering simplified procedures for sophisticated processes in furtherance of efficient environmentally friendly solutions in the retail area reducing the carbon footprint by energy savings and an optimized food waste management. These achievements have resulted in the conclusion of major partnerships and important commercial contracts in the highly competitive French marketplace.

«When Pricer started 30 years ago, France was one of the first markets to understand the real value of in-store digitalization and embrace digital price tags in retail», says Helena Holmgren, President and CEO at Pricer. «France remains one of our most important markets in the world and we are very proud of the long-standing relationships with our French customers that we look forward to continuing to support with new innovations for many more years to come.»

«Pricer is a true role model for French-Swedish synergies and cooperation,» says Edvin Ruud, Managing Director for Pricer France. «At Pricer we work as a team in close collaboration with our customers to offer them the most reliable and future-proof solution, and the greatest value. Receiving this award for our performance on the highly competitive French market is therefore not only a big honour but also a proof of mutual trust and respect.»

The award recognizes innovative Swedish companies for their outstanding performances and investments on the French market.

The event was preceded by a French-Swedish Business Summit, a high-level conference on the decarbonization of the economy, and a French-Swedish Tech + Innovation Exhibition showcasing impact innovations and cocreations between startups and large companies. Helena Holmgren, Pricer’s CEO, participated in a round table panel on digitalization as platform for the green transition (Photo: CCSF-Pricer).