Solna / SE. (coop) This week, Stockholm’s first 24-hour, completely unmanned grocery store opened in Täby Park, a brand new neighbourhood in Täby. The 30-square-metre store is intended to serve customers who want to do their grocery shopping, buy something to be consumed right now or for a meal, and have access to groceries at all hours of the day. If you want to buy in bulk or find a product missing from the store, you can simply order it online at coop.se and pick it up in the cabinet outside the store, which will be installed in the second half of October. Customers can access the store by installing Coop Sweden’s «Scan + Pay» mobile application into their phone. Using the app, the customer then opens the store, scans their items, pays and walks out.

«With Coop Mini, we have the opportunity to quickly establish a store in an area that does not yet have a grocery store or is far from the nearest larger store. In Täby Park, for example, we are the first to arrive and can thus provide this service to new residents. At the same time, we are taking a step forward in the perception of what, where, when and how a grocery store can be. This is a great day for us at Coop and I hope and believe that our customers are with us and feel the same way,» says Meta Persdotter, CEO of Coop Butiker + Stormarknader AB. 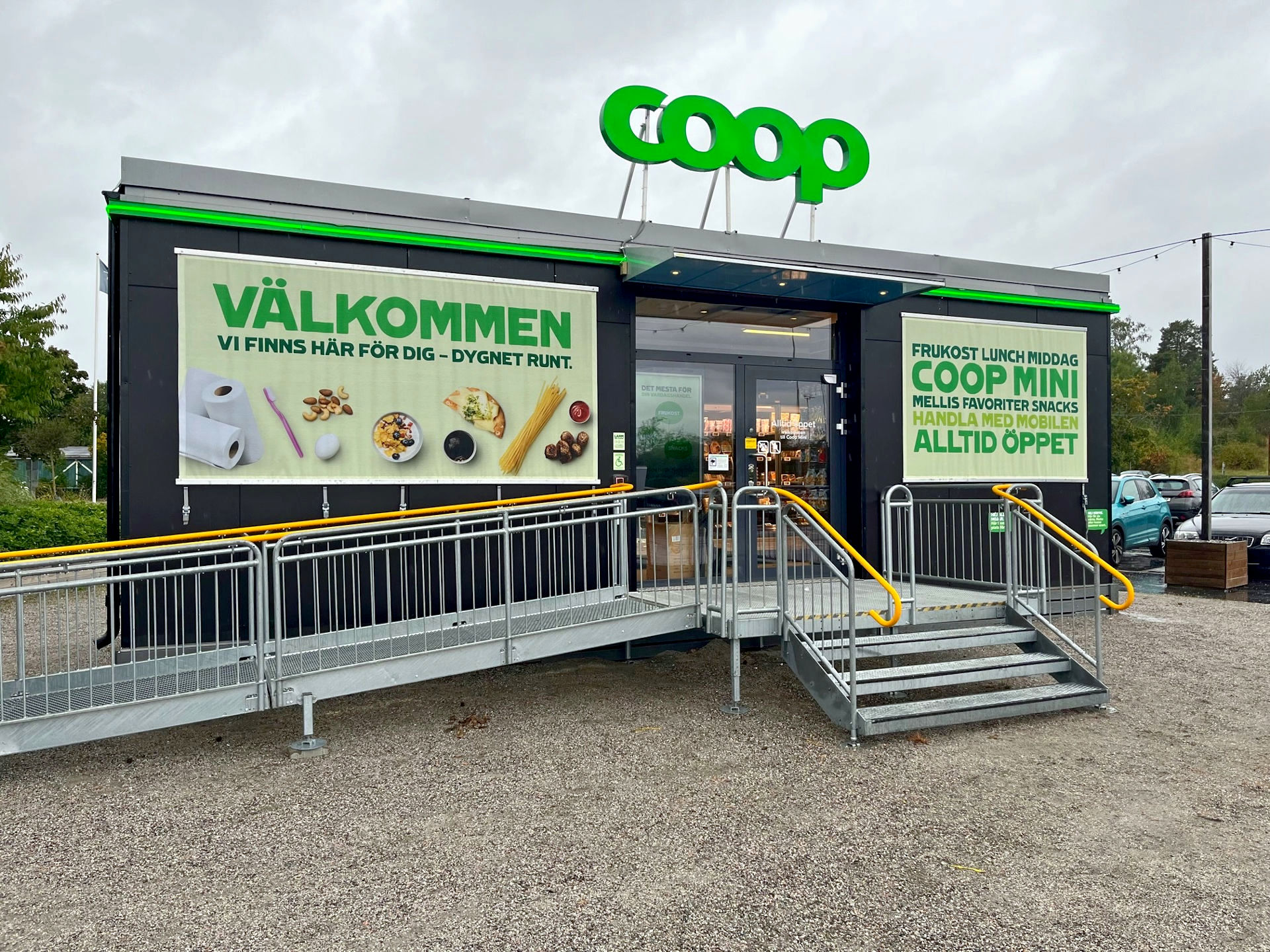 Coop Mini is completely unmanned and open 24 hours a day, but the concept of partially unmanned and open 24 hours a day is now spreading within Coop. For example, in Tystberga outside Nyköping, the Coop store keeps a limited part of the store open, even after the staff have gone home. In the same way here as in Coop Mini, customers unlock the store themselves, scan their goods, pay and go out using the Scan + Pay mobile app.

«We see a growing need among our customers to be able to shop at times and places that suit them, and we want to meet that need. We have created a technological solution through Scan + Pay that makes this possible. We have tested, evaluated and given a go-ahead to the popular Coop Mini concept which allows us to place stores in locations that would not otherwise be possible, we have launched Skärgårds-Coop which delivers to residents in the Stockholm Archipelago and we have our online supermarket range and prices where we deliver to stores, pick-up cabinets or directly to the customer’s home. We want to be a relevant food player that both meets the needs of our customers and is part of the development of the local community where we are located. With many stores in good locations, 24-hour unmanned stores and hybrid stores combined with our online offering, I hope we are perceived as just that,» says Meta Persdotter (Photo: Coop Sweden).