Stockholm / SE. (reo) Swedes eat an average of 12 kilos of fish per capita a year, with salmon being the most popular fish. Less than one percent of the salmon we eat comes from Sweden, and there is a lack of sustainable production and cultivation to meet a growing demand. Now, Re:ocean is changing that by building a large-scale and sustainable facility where salmon will be grown on land in a sea-like environment. Some 10,000 tonnes of salmon are set to be produced annually as early as 2026. 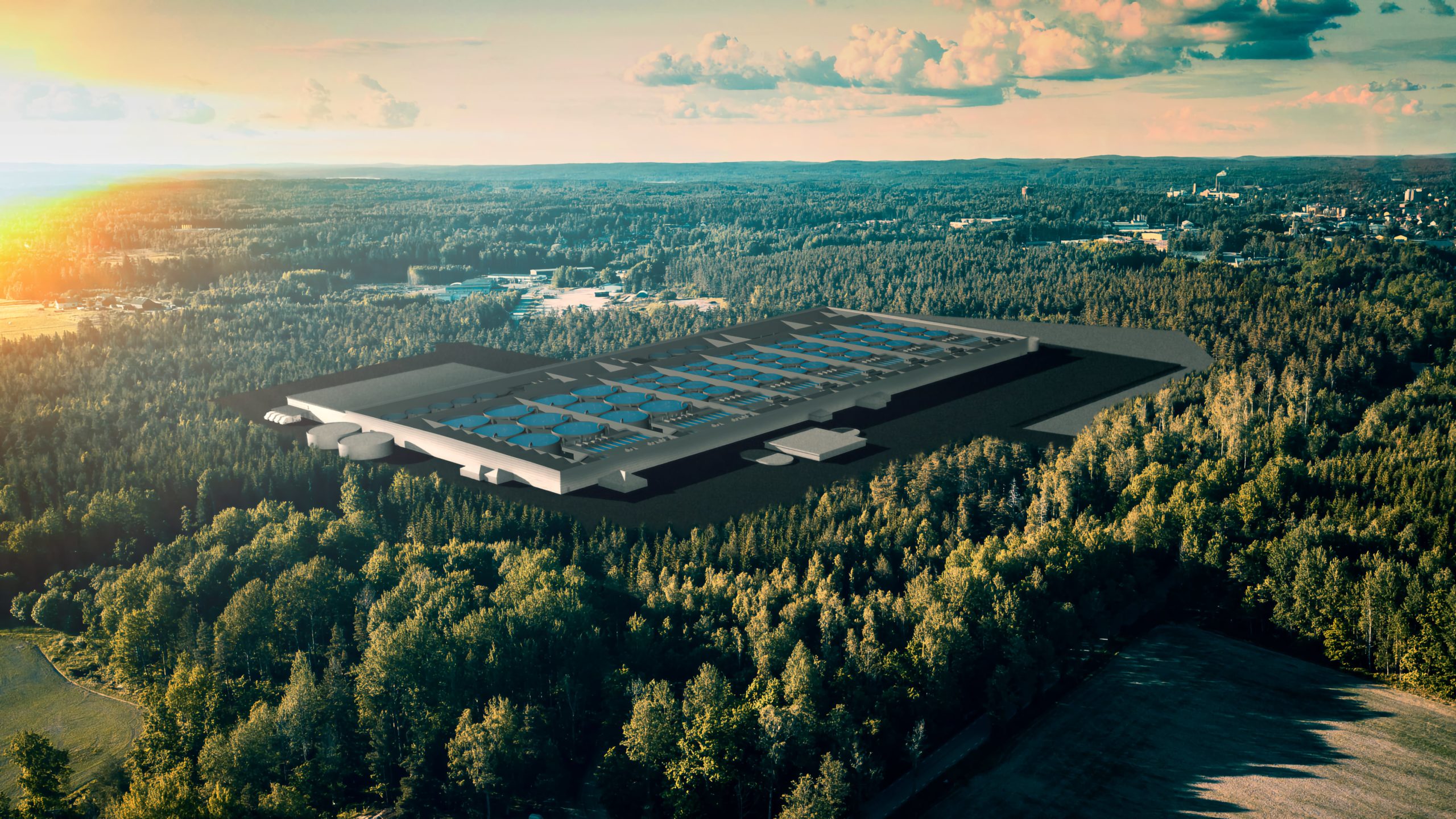 The project is backed by Sweden’s three leading grocery retailers – Axfood, Coop, and ICA – which see considerable opportunities in land-based salmon farming to offer consumers sustainable salmon from Sweden. According to the company the first salmon will be in stores in 2025.

«This is the first large-scale investment in salmon farming in Sweden, and that is reshaping food production in Sweden. We’re delighted that we’ll be able to serve tasty, land-grown salmon from Säffle, Sweden as early as 2025, and by 2026 we’ll be in full production,» says Katarina Klingspor, Chairman of Re:ocean. In 2026, the production will correspond to 20 percent of Sweden’s total salmon consumption and will be available as a number of different products, strengthening domestic food production.

«By owning the entire process from hatch to processing and packaging in the same place, we secure access to fresh salmon in Sweden and fundamentally change the way we produce fish. Our ambition is to create the most sustainable salmon available, in terms of human health and the environment. We want to let the oceans rest, so we’re building our own ocean,» says Morten Malle, Re:ocean CEO. 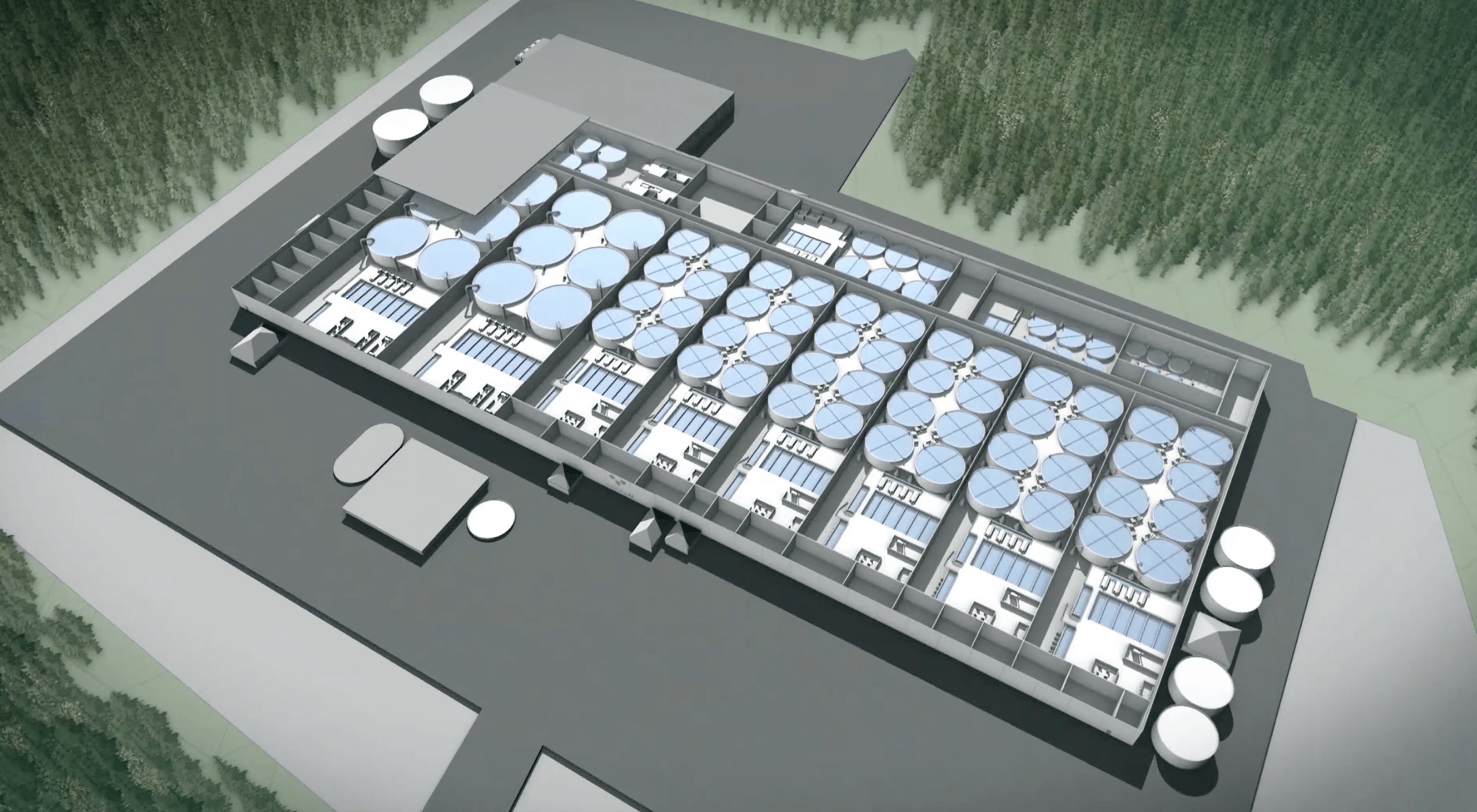 By using the Recycling Aquaculture System, (RAS), salmon are grown in 88 tanks where water is circulated, purified and reused in its own closed cycle. This reduces water use and increases control throughout the system compared to other technologies. The facility produces no emissions, and the aim is to also use all waste from the salmon for other applications, such as biogas.

«We want to contribute to a sustainable and circular food production in Sweden. This is a very important initiative to strengthen sustainable fish farming and to offer our customers a larger selection of affordable, good, and sustainable fish in our stores looking forward,» says Klas Balkow, CEO of Axfood.

«ICA has been investing in sustainable and Swedish food production for a long time, and Re:ocean is a very timely investment and a step in the right direction for strengthened Swedish self-sufficiency,» says Anders Svensson, CEO of ICA Sweden.

Re:ocean is now in the process of raising additional capital, the approximately SEK 2.3 billion (of which one billion in equity) required to complete the project and provide 20 percent of Swedish salmon consumption. All permits such as planning permission and environmental permits are in place and the site is prepared for construction. This will increase Sweden’s self-sufficiency in protein and reduce emissions from transport, as the plant is close to the retailers and distribution centres.

«It is important that we ensure the availability of fish for our consumers. We believe in this more sustainable way of breeding salmon,» says Marie Nygren, CEO of Coop Sweden.

Re:ocean is revolutionising the fishing industry with land-based salmon farming of the future at a large-scale facility in Säffle. With a new sea on land, we can locally produce 10,000 tonnes of sustainable and healthy salmon every year: 10,000 tonnes of salmon a year at full production – 99.99 percent of all water used in a closed environment – 100 percent fossil-free energy to power the facility – 2023 planned production start – 2026 full production (Photos: Re:ocean).