Parma / IT. (eb) The European Food Safety Authority EFSA and the European Centre for Disease Prevention and Control ECDC have updated their assessment, published in April 2022, of the multi-country outbreak of monophasic Salmonella Typhimurium infections linked to chocolate products by a company in its Belgian plant. According to ECDC this outbreak is characterised by a high proportion of hospitalised (about 40 percent) cases and some cases with severe clinical symptoms such as bloody diarrhoea. 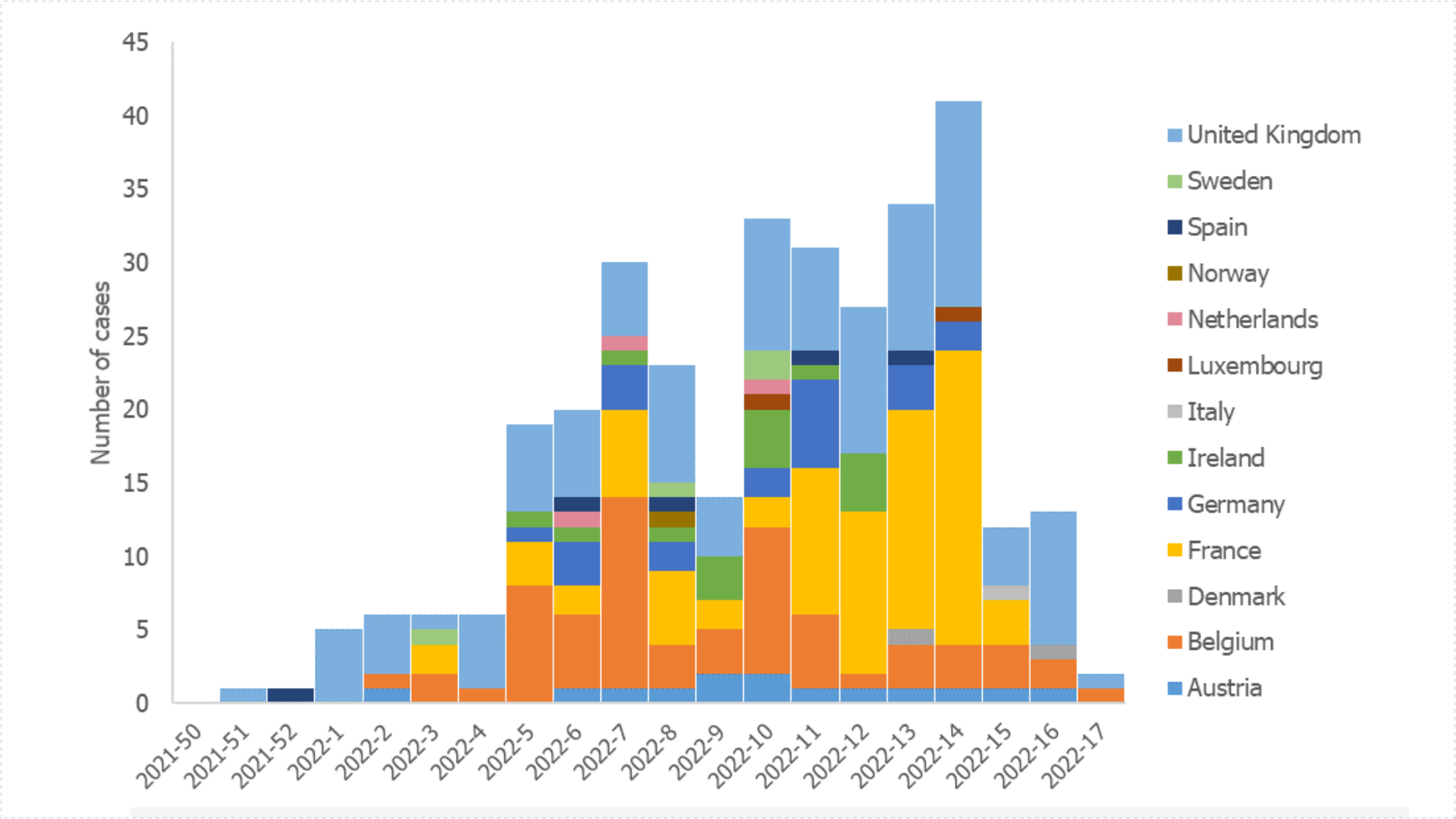 Cases, which have now started to decrease, stood at 392 (including both probable and confirmed) in the EU/EEA and the UK, as of 03 June 2022. They have been reported in twelve EU/EEA countries (Austria, Belgium, Denmark, France, Germany, Ireland, Italy, Luxembourg, the Netherlands, Norway, Spain and Sweden), the UK, Switzerland, Canada, and USA. The first patient was reported in the UK on 07 January, with a sampling date of 21 December 2021. For further information, please go to «Ferrero Group: Authorities clarify origin of salmonellosis», published in bakenet:eu on 19 April 2022.

On 08 April 2022, the food safety authority in Belgium stopped the production at the Ferrero facility in Arlon (BE). Withdrawals and recalls have been implemented in the countries where chocolate products manufactured at the Belgian plant were distributed. Public warnings have been issued by the competent national authorities in different countries (Graph: ECDC).