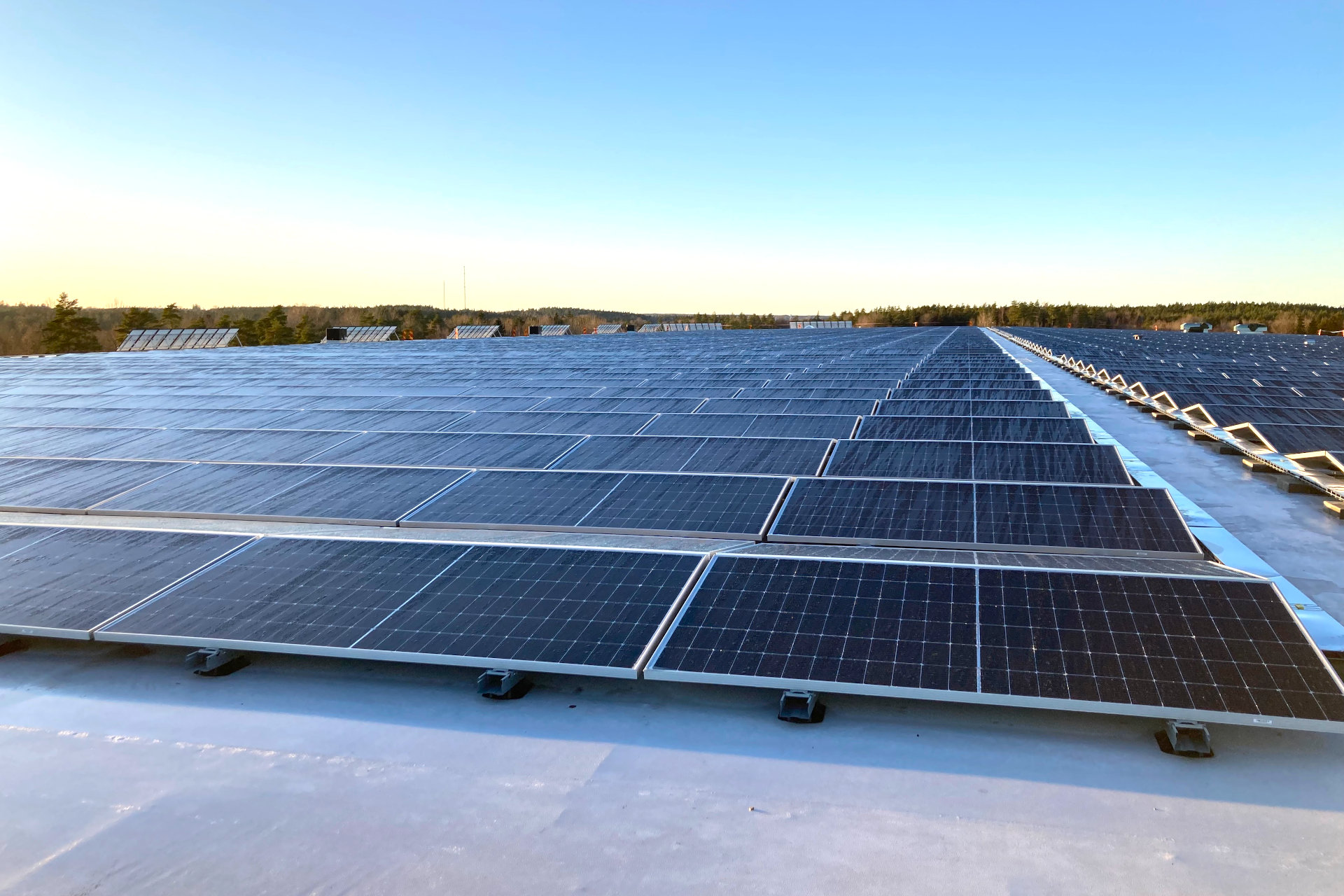 «Our major investments in solar energy are part of our larger green transition aimed at creating a more sustainable food system. Access to more renewable energy in society is vital for slowing climate change in time,» says Klas Balkow, President and CEO of Axfood.

The rooftop solar power facility is being built on Dagab’s new, highly automated logistics centre in Bålsta to the north of Stockholm and will comprise more than 16,000 panels on a surface of approximately 80,000 square metres. The facility is expected to generate 8.9 MW when fully operational, corresponding to an annual capacity of 7.8 GWh. Installation of the facility is scheduled for completion in the autumn.

«The investment in solar cells will add an important new source of green energy and support the energy requirements of our highly automated logistics centre in Bålsta, a unique facility covering over 100,000 square metres that, when fully operational in 2023, will be one of the largest and most modern facilities in Europe for the distribution of food for stores and online sales to millions of customers,» says Nicholas Pettersson, Managing Director of Dagab, Axfood’s purchasing and logistics company.

The investment in the new solar power facility is a collaboration between Dagab, the landlord Logicenters and the supplier Solkompaniet. The arrangement is a power purchase agreement (PPA) under which Axfood undertakes to purchase all electricity produced for the next 25 years, while installation, operation and maintenance will be handled by Logicenters and Solkompaniet. Axfood also has the opportunity to sell any surplus production.

Axfood has worked with solar power since 2013, when its first large-scale solar power facility was built at Dagab’s warehouse in Backa outside Gothenburg. Since then, several stores and warehouses have installed their own solar power facilities and more plan to do so in 2022. Last year, a collaboration was also initiated with the supplier Alight to build Sweden’s largest ground-mounted solar park. The facility is expected to be operational in 2024 and to produce energy corresponding to approximately 15 percent of the Axfood Group’s total consumption. The solar park is part of an initiative by Axel Johnson’s Group companies that will double Sweden’s production capacity from solar parks through the addition of 3 large-scale facilities.

Reducing the fossil emissions from its own operations has been a priority for Axfood for many years. The results achieved are attributable to renewable electricity from solar, wind and hydro power, a higher share of fossil-free goods transportation, fewer non-environmentally friendly refrigerators and freezers, and less business travel by air. Last year, a milestone was achieved when all of Dagab’s approximately 270 own trucks can now run on fossil-free fuel. The overall goal is to achieve net zero emissions from the company’s own operations by 2030. Several activities are also being carried out to influence the climate impact of other areas of the value chain both among suppliers and among consumers.