Plovdiv (BG) | Uzwil (CH). (bg) Swiss Bühler AG and Bulgarian start-up Cupffee have been joining forces to address the urgent problem of plastic waste with innovation since 2016. Now, supported by Bühler solutions and know-how, Cupffee is ready to double the production volume of its edible, crispy wafer cups, increasing its impact for a sustainable future not only in Europe.

Cupffee has been producing edible cups since 2014. It all started with a dream. The Bulgarian entrepreneur Miroslav Zapryanov aspired to see Cupffee biodegradable cups replace the single-use coffee cups. In his hometown Plovdiv (BG) the numerous cafes and restaurants created plastic waste that Zapryanov, CEO and Founder of Cupffee, craved to see replaced by a sustainable alternative. That is how the idea of Cupffee was born. «I had the idea for edible coffee cups back in my early school years. I was inspired by the fact that a green solution was urgently needed to combat the billions of plastic cups generated daily around the world,» Miroslav says. «The Cupffee company was founded in 2014 and was quickly recognized as a pioneer by other like-minded people and companies who helped us with our rapid growth and expansion.»

While searching for the perfect recipe for the cups, Cupffee made many trials adjusting the ingredients and modifying the mix, the proportions, and the temperature. «It took us a few years to reach the final version of the recipe,» says Miroslav Zapryanov. «It was extremely important to us that the cup does not leak for hours as well as stays crunchy for at least 40 minutes. Another essential factor that we considered when creating Cupffee cups was the neutrality of their taste that would not alter the taste of the beverage inside.» 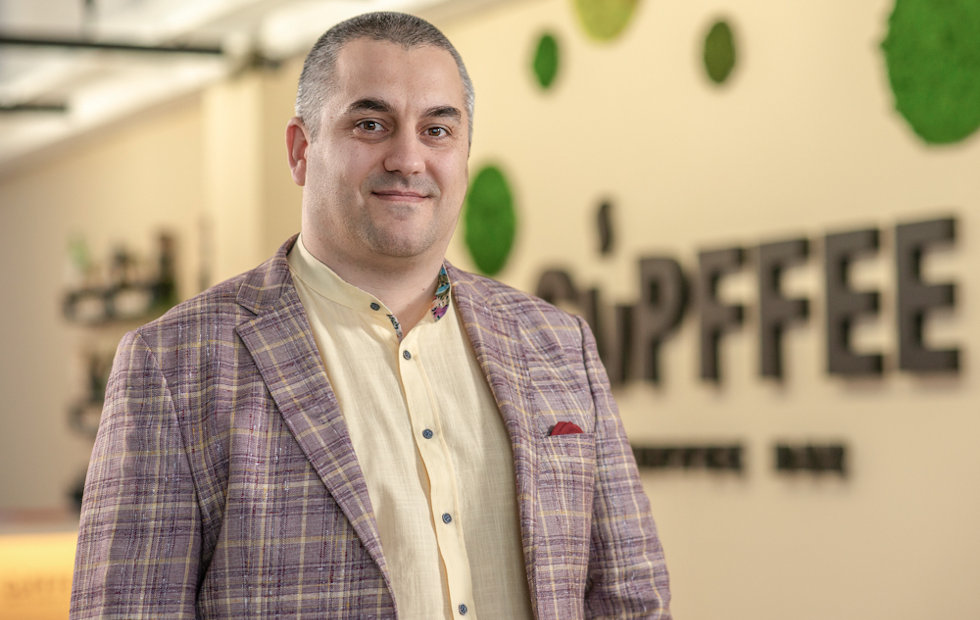 The Cupffee cups are available in two sizes: 110 and 220 milliliters. They are made from natural oat bran and wheat flour and their lightweight turns them into the perfect snack with just 56 or 105 kilocalories, respectively. They are made with entirely natural ingredients, they are not coated with chocolate or sugar, and they have a neutral taste. Cupffee cups quickly gained momentum and became popular with big customers worldwide who strive to be at the forefront with their green practices and sustainable initiatives. Among Cupffee’s visionary partners in its environmental mission is the leading global coffee company Lavazza, which serves its espresso in «cookie cups» in a number of markets and prominent events such as Wimbledon, at which Giuseppe Lavazza, Vice President of the Board of Directors of Luigi Lavazza S.p.A., and Queen Elizabeth II enjoyed their coffee in Cupffee cups. The first ever single-use plastic-free flight of Etihad Airways on Earth Day served hot beverages in Cupffee cups onboard as part of their commitment to sustainability. Lidl, the German international discount retailer chain, is another important client that supports Cupffee’s mission of reducing plastic waste.

The Bühler team in Sofia, Bulgaria, contacted Miroslav Zapryanov at Cupffee six years ago to let him know about the benefits of testing products in its Wafer Innovation Center in Leobendorf, Austria. Bühler has a specially modified molded cones and cups solution that would enable Cupffee to produce on an industrial scale to meet its growing customer demand. Miroslav Zapryanov knew it was exactly what he was looking for when he heard about it. «Our first contact with Bühler was in 2016 and that was really at the right moment,» Miroslav says. «At this time, the market required large volumes which we did not have the capacity to produce. Thanks to Bühler solutions, and thanks to Bühler being a world-leading manufacturer of production machines for food industries, we managed to increase our capacity multiple times and satisfy customers’ demands.»

With Bühler’s oven Franz Haas MTA-V for solid dough and the production line for edible cups, Cupffee managed to quickly grow and introduce its product to the mass market. Cupffee’s current capacity is approximately 3 million cups per month. The company wants to double or triple its volume over the next 2 years and plans to install two more edible cup production lines in its factory in Plovdiv. 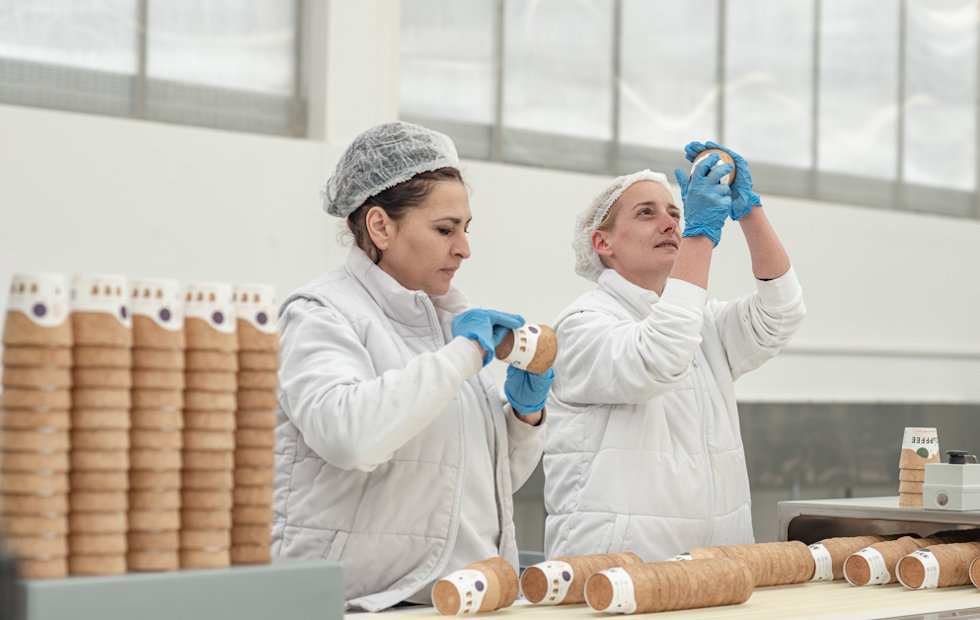 Miroslav Zapryanov says Bühler is the natural choice for Cupffee due to its quality, technological drive, and market leadership. Bühler and its Wafer Innovation Center are constantly trying to develop new solutions, especially when it comes to sustainable products. Andreas Clemenz, Head of Bühler Wafer Innovation Center in Leobendorf, Austria, says: «Cupffee uses oat bran in its formulation of the edible cups. Since oat bran is a byproduct of the milling process, it is a great way to make the cups even more sustainable and to upcycle this side stream from the milling process. It also makes the cups even healthier. Similar side streams arise from other food production processes such as nut shells from nut processing or apricot kernels from the jam and juice production. Some of them have already been tested for use in cups and Bühler is exploring many more.»

Today, around 400 million tons of plastic waste are produced every year, according to a 2021 report from the United Nations Environment Programme (UNEP). About 36 percent of all plastics produced are used in packaging, including single-use plastic products for food and beverage containers, according to UNEP. Cupffee plans to increase its production to 10 million cups per month and ultimately wants to replace at least 1 percent of the global supply of disposable plastic/carton coffee cups. With Bühler at its side, they are ready to take on the challenge (Photos: Bühler AG – Video: Bühler AG via Youtube).